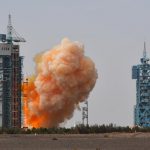 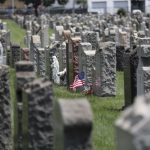 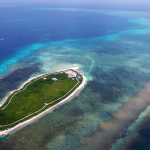 Philippines says it won’t join other navies in South China Sea drills, such as U.S. 4 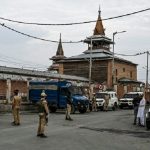 India imposes curfew in Kashmir ahead of August 5 anniversary 5 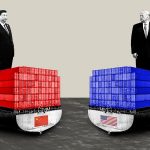 The former Government Officials’ Comments: China and the US should abandon fighting and go together.

China’s Foreign Ministry spokesperson Hua Chunying on Sunday lashed out at the U.S. for forcibly entering the Chinese Consulate-General in Houston, expressing strong dissatisfaction and firm opposition to the move. 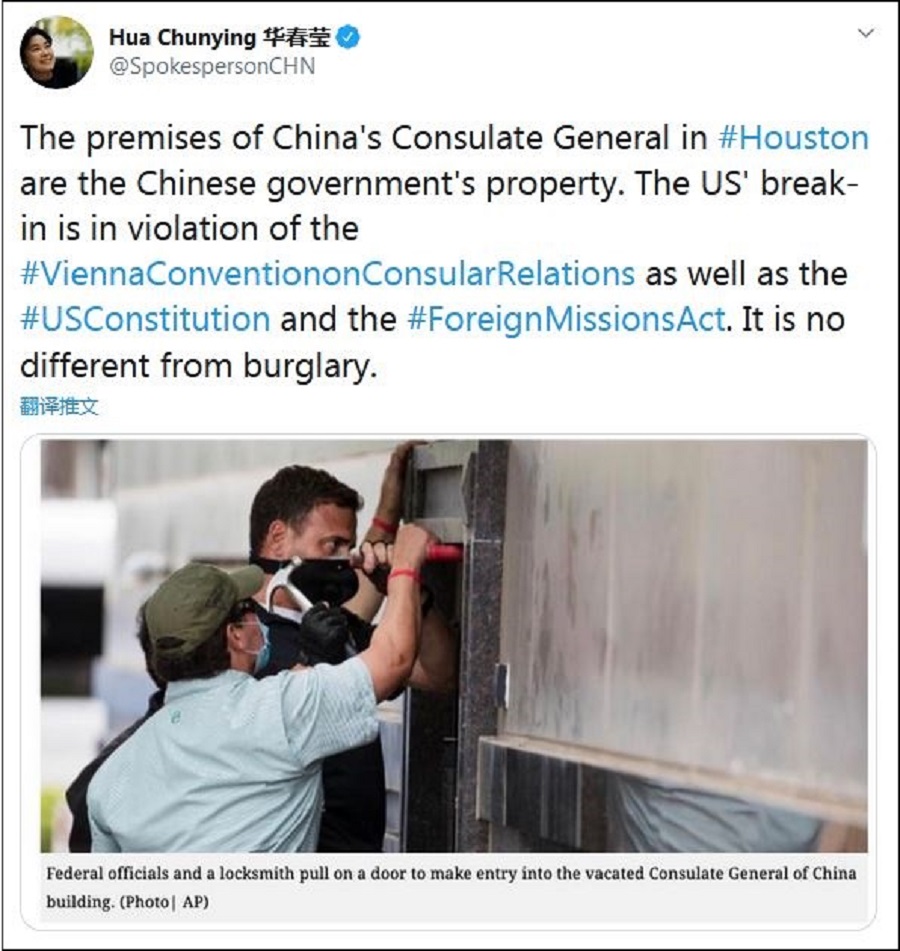 “The premises of China’s Consulate General in Houston are the Chinese government’s property. The U.S.’ break-in is violation of the Vienna Convention Consular Relations as well as the U.S. Constitution and the Foreign Missions Act,” Hua wrote on Twitter.

“It is no different from burglary,” she wrote with a photo showing federal officials and a locksmith pulling on a door to enter the vacated consulate general building.

On Tuesday, the U.S. abruptly ordered China to close its consulate in Houston, Texas, within 72 hours. Shortly after the closure order took effect on Friday, a group of men, reported to be American officials, were seen entering through a door at the consulate. Two uniformed members of the U.S. State Department’s Bureau of Diplomatic Security were also at the scene, reported Reuters.

The Chinese Embassy in the United States said on Saturday that it will temporarily take over the work of the consulate general in Houston, and continue to provide various services for the people in the consular district.

In response, China informed the U.S. Embassy in China on Friday of its decision to withdraw its consent for the establishment and operation of the U.S. Consulate General in Chengdu. 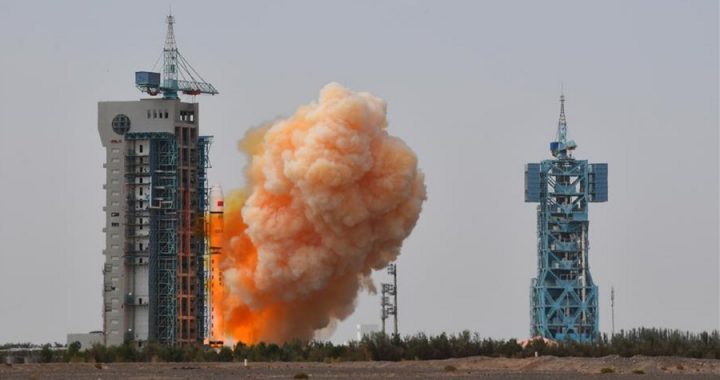 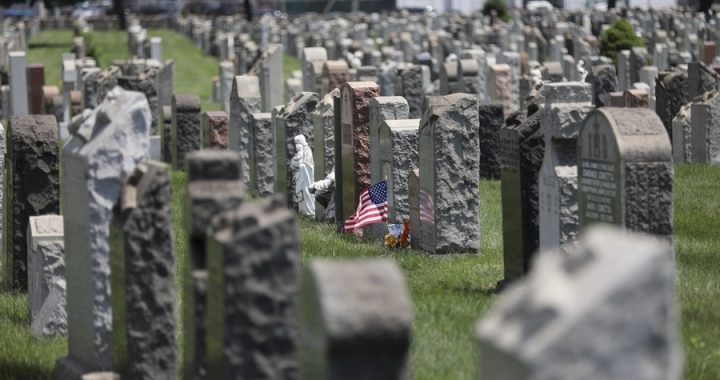 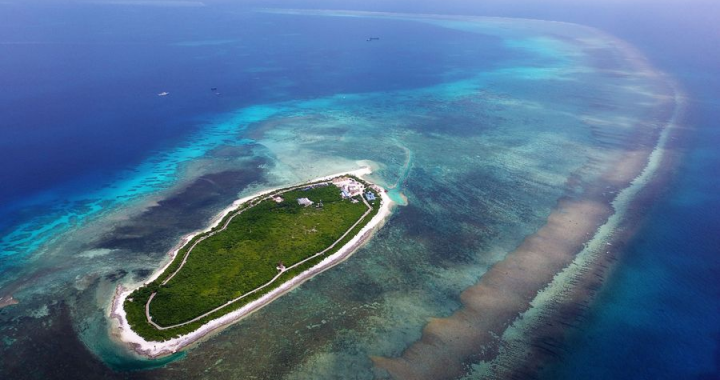 Philippines says it won’t join other navies in South China Sea drills, such as U.S.